As you would expect of a club such as AFC Leopards, there are various meeting points for the fans, especially online! 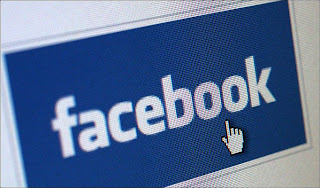 So, which are the most popular ones?

You will find interesting snippets especially from the Memories: Tell Us About Your Ingwe Experience thread on the Discussion Board.

This group has 117 members. It is created by Mark Kavita. The wall posts are not too many but a recent one poses the question: Why did Nairobi City Stars create beef on the pitch the past weekend…

This next group has 113 members and is created by Humphrey M’mbwanga Muhindi who is also the President, no less. The Group also has Legal Counsel Felix Majani. There has been some slackening on postings both on the Discussion Forum and the Wall. I guess the Club needs to do some controversial things for some of us to comment, eh? Good job though.

The next Group is this one. And it has 106 members. It is created by Harry Njenga. Again, not a lot of Discussion or Wall postings have been made. However, what it lacks on writings, it makes up on photos! Check out this gem from the photo section. 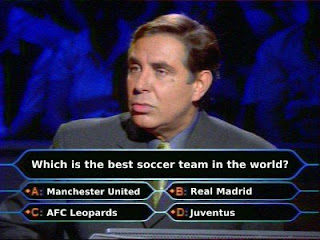 Fifth in terms of numbers, is this group. It has only 27 members and it is created by Ezekiel Chebunde Lukorito. The other administrator is Jesse Masai. Not a lot of activity going on there.

This Group is sixth in terms of numbers with 23 members. The creator of the Group is Elico Sifuma. The officlas are Dolido Bin Lagosa and Jah’key Kavochi. It also seems to be based in Eldoret.

This one seems to have been abandoned as it has only 2 members.

This one is even more confusing is one which wishes to bring the Friends of AFC Leopards and Gor Mahia together. Good luck about that one Ken Atulo (the creator). It has so far attracted 2 members.

You’ve seen the above. But what about our opponents. How are they doing?

Gor Mahia have this Group with wait for it.. 775 members! On the discussion Forum, someone pleads with Gor officials to make it the first team in Kenya to sell replica jerseys. I think that distinction of first probably went to Thika United. With a model to boot!

Nairobi City Stars has this group with 201 members. Nice one. And it has the map of what they call the Little Fortress. Hopefully, it is a map that Leopards fans never get to use again!

For all others, remember there is a Discussion Forum on the Official Website.