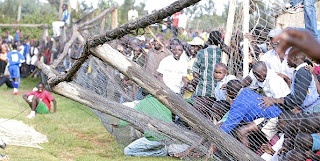 Following the aborted match against Nairobi City Stars, some interesting views have been exchanged on Radio Jambo in respect of the 'coming down of the fence'.

Leopards fans have called in to the station and insisted that the Ground was too small and most of them were unable to follow the match.

Those who have stated that Leopards were 0-1 down of course forget that just before the incident, Leopards had the upper hand and were breathing down the necks of NCS.

Those who have stated that no further increase in the number of people who were at the Ground forget that some of us saw people getting access to the Ground through the shrubbery.

Other media have carried the following reports 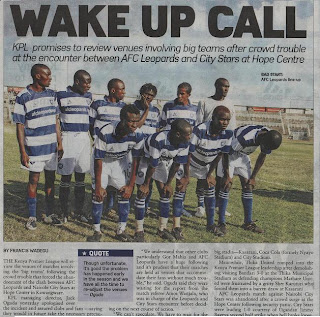 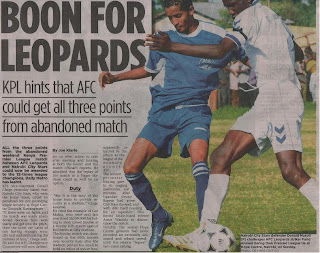 The KPL website has a story on the match.

Even if it was only on Leopards' return to the KPL after two seasons in the lower divisions, their followers were too many and perhaps too robust for the Hope Centre facility to deal with.

The modest perimeter fencing gave in to a leaning multitude in the 60th minute...
Posted by Ingwe Fan at 4:57 PM