Mathare United went down 0-2 to AFC Leopards at the Nyayo National Stadium on Sunday. A summary of the media reports complete with the links to the reports follows below:-

MichezoAfrika was the first to hit the airwaves with the report:-

AFC Leopards beat Mathare United 2-0 in an action packed and thrilling match at Nyayo Stadium on Sunday afternoon. This was AFC Leopard's first win this season and puts them on four points while Mathare United has now lost two of their opening matches. 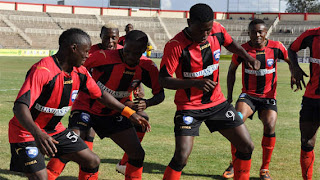 The match provided  a chance for internationals Allan Wanga(AFC Leopard) and Jamal Mohammed (Mathare United) to prove their pedigree after returning back to the local league from professional stints abroad.

Jimmy Bageya justified his start putting Leopards in the lead in the 30th minute when he capitalized on a goalkeeping blunder from keeper Joseph Rutto to notch in the opener. Rutto mistimed a cross from the right losing the grip on it and Bageya banging the ball home.

The goal was always coming as Leopards had taken control of the early exchanges with Bernard Mang’oli outwitting Jamal Mohammed in the midfield power tussle.

Allan Wanga making his league debut for Ingwe was a constant threat in the Mathare backline causing all sorts of problems to Lloyd Wahome.

AFC Leopards led by a single goal as the teams went for the half time break with Mathare failing to keep the powered attack at tubs.

Two minutes after the breather, Leopards launched an attack spear headed by new signing Allan Wanga. The former Sofapaka man went on a wide run on the right before cutting in a cross that was tapped in by a well-positioned Bernard.
Jamal Mohammed, seeming not to be getting the rhythm in his new club was subbed and his place taken by former Tusker man Antony Khadudu.

Leopards top talisman Mike Barasa was also introduced 15 minutes from the end of the match subbing impressive man of the match Jimmy Bageya. Barasa had been sidelined to the bench for the first time in the league since making a switch from Ulinzi Stars in June last year.

Jesse Were came in for Andrew Tololwa, and the striker perhaps had the best chance to draw a goal back for his team, but he sent the ball screaming over the bar with only keeper Matasi to beat after some good work from Daniel Mwaura on the right.

Mathare have now succumbed to their second successive defeat after going down 1-3 to Sony last weekend.

Futaa had this report by Wilson Mathu:-

Mathare United yet again failed to get any point this season when they lost their second match 2-0 in the hands of AFC Leopards at the Nyayo National stadium. The Slum Boys failed to trounce Ingwe despite having Kenyan International Jamal Mohammed at the heart of their midfield and 2008 golden boot winner Francis Ouma in their attack.

Ingwe appeared the better side from the onset making several positive moves but failed to convert them. The possession was however rather balanced as the match progressed. 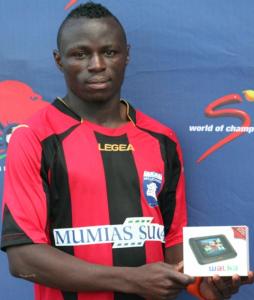 Ugandan import Jimmy Bageya opened the accounts for Ingwe in the 30th minute after capitalizing on a Joseph Ruto spill over after a counter attack. The second half was action packed as thousands of fans most of them Ingwe supporters cheered on the teams. The Slum Boys however conceded the second only two minutes after the restart when Benard Mang'oli connected perfectly with an Allan Wanga cross to slot in from close range.

That seemed to have dampened the Mathare mood for sometime as they lost control of the midfield. Jamal Mohammed was substituted moments later for Anthony Khadudu. Mathare later started fighting back but it proved a little too late as Ingwe defended well and the entry on Mike Baraza for Ingwe pushed back into their own defence.

The second consecutive game leaves AFC Leopards same in points with Sofapaka and sharing the second slot behind SoNy who have won both their matches so far. Mathare have no points after losing both of their two opening matches.

Brainless Bull had this analysis.

Nation had a story and a pic for the second week running:- 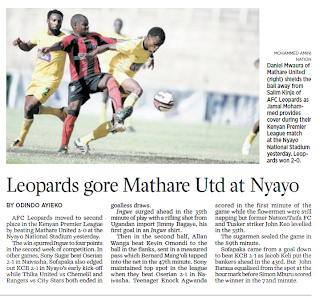 Jimmy Bagaye, a man who enjoys speedy running and a no-holds-barred engagement had early satisfaction after scoring for Leopards in the 32nd minute; a powerful slam when the ball fell well for him against a hesitant Mathare United defence.

Leopards were firmly on the driving seat just two minutes after the change of ends, Benard Mang’oli tapping home an Allan Wanga cross.

This season Leopards signed players with the promise of making a formidable team. Even if they did not have a terrific start -- drew 0-0 with Chemelil last week -- supporters saw the promise of a winning side once it caught rhythm.

Leopards were too formidable a side for Mathare United that was hoping for a change of fortune from a previous weekend defeat at Sony. They tried to cope and in particular, Jesse Were should have scored in the 87th minute when he shot just wide with Leopards ‘keeper Patrick Matasi well beaten.

Two minutes later, it was Francis Ouma who headed on to the cross bar a Daniel Mwaura corner as United laid on a closing stage siege on Leopards goalmouth. Leopards’ Jan Koops said the victory was a boost to the morale of his team but warned them not to get carried away since the season was just starting. 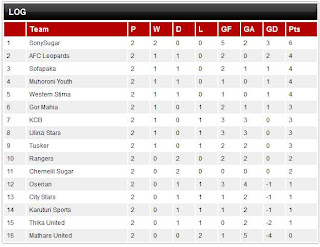