A few days ago, the Daily Nation in its Sports Briefs, alluded to the fact that our team was rocked with catfight after catfight. 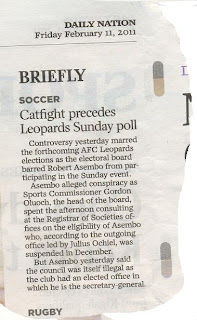 Perhaps the biggest cat fight took place today when the elections that were scheduled to be held today aborted after a fight broke out between some of the voters at the election venue.

This was what was expected and predicted days before the elections by your blogger. 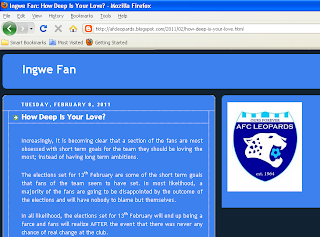 Attention was not heeded and in fact one of the queries that erupted during today's Annual General Meeting was whether some of the voters were authorized to vote. Fearing that one candidate would win the race for the Chairman, which was the most sought after position, it appears that chaos reigned at the venue necessitating the use of tear gas to be used.


The new constitution may also not have been adopted. 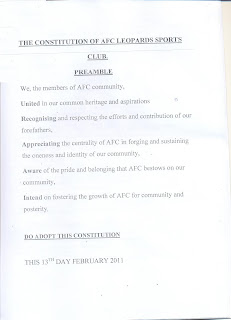 As indicated before, elections were NEVER a priority unless structures were put in place to stop any vote stealing. Holding a credible election is not as easy as cobbling up six individuals and making them an Electoral Board. The same Board had appointees of the candidates and were always going to be partisan, which is why one of the earliest decisions was to agree on a low membership fee.

We shall not dignify the events of today by calling those who took part in the chaos as fans.

Because how hard can it be to go to an election and tick the ballot for the candidate for Chairman you wish to elect?

But rather predictably, there will be calls by some fans for Mumias Sugar to take some sort of action forgetting that Mumias Sugar is not the owner of Leopards. They are just sponsors. They were not even supposed to have been arbitrators in this whole fiasco buy fans urged them on to play the dual role of Big Brother and Sugar Mummy. We will not learn from the events but will swiftly want to address them with stop gap measures.


Leopards elections have always been 'catfights' with some bitter rivalries churned out over the years. But we always maintained our civility. Elections were held in places such as Kaloleni Social Hall in the 1970s and the incumbent officials always handed over to the winners.


In 1984 for instance, Alfred Sambu took over at a peaceful election that was held on 30th December 1984 at the City Stadium. The news was headline news in the Daily Nation of the following day. That is how important and credible our elections were. Sammy Obingo was the returning officer and the then Chairman had gone though the motions of the Annual general Meeting including presenting his Report to the members.


Each elections always made news 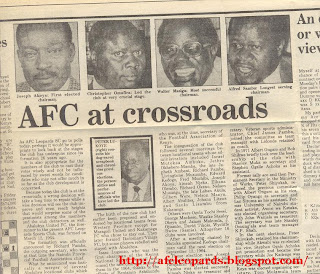 So much that even sometimes, one would reject being elected Chairman as Sambu did when he felt that Wafula Wa Musamia's election to the Executive Commitee was the work of his rivals. Imagine that! An elected Chairman willingly giving up his position.


There have also been times when take-overs have happened like in 2002. 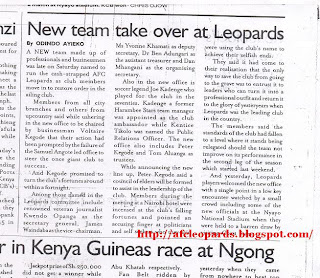 But what is needed is men and women of goodwill. People who can lose fair and square at an election. People who as incumbents can hand over to the winners. And winners who also have to be credible, not winners who have transported voters to the election venue. Unless this happens, the credibility of the club will continue to take a dent from interested fans who will see it as a den of politics and confusion.


You cannot attract fans if you go around shouting 'Maasai Must Go'  as an electioneering slogan. You cannot also attract goodwill when you are openly ferrying persons whom if you asked whom the current Captain of Leopards is cannot tell you for certainty because they are not fans but voters for the day. 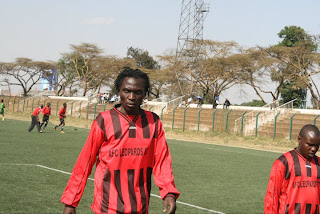 Photo Credit: Samuel Eyinda - FB Branch
It is an issue of integrity and we fans have to ask ourselves those hard questions despite the camps to which we belong. Is our candidate a person of integrity? Ochiel, Kituyi, Magelo, Asembo and so on? 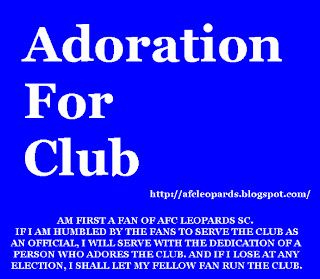