AFC leopards will miss the services of Allan Wanga and Erick Masika whe they face bankers KCB at the Nyayo National Stadium on Sunday afternoon. Wanga who is on loan from Vietnamese side HAGL is nursing a knee injury while Masika is down with Malaria.

“Of course we are not happy that we will miss two key players in our team but sometimes it happens and you are forced to play without key players,” Coach Jan Koops told Michezoafrika.com.

“We signed at least two very good players in each position and I am confident that the players who will replace the injured two will do an equally good job. It is their opportunity to cement a starting role and so it might be a blessing in disguise,” Koops adds.

AFC Leopards will be welcoming the KCB  at their Nyayo Stadium fortress in a  match they will be keen win and  cement their lead at the top. They won their first-leg  match against the Bankers 2-1 with Mike Barasa grabbing a spectacular brace while  Ezekiel Odera pulled one back for the bankers.

Leopards have accumulated a total of 44 points from 21 matches while KCB are ranked 12th, having picked up 24 points from 22 matches.

In their past six home matches, Leopards have won four, drawn one and lost one. Out of their past five head-to-head matches, KCB have won two, Leopards two and one ended in a draw.

Going into the match, leopards will be buoyed by the recent success that has seen them pick up 16 points from six matches. KCB, however, have the strength of Paul Kiongera, Jacob Keli, Edwin Mwaura and Elvis Ayany to count on, with the quartet having been instrumental in the team’s recent success.

Leopards head coach Jan Koops is expected to line up Allan Wanga and Mike Baraza at the front, with Jonas Nahimana and Eric Masika taking positions at the back.

Martin Imbalambala, Bernard Mangoli and Jimmy Bageya may also be part of his strategy for the day. The match will be played at the Nyayo National Stadium, starting at 15:00.

With the Kenyan Premier League (KPL) approaching a crescendo, every point is important, but Koops does not believe his boys are on the same page with him in this regard ahead of their clash against 12th placed KCB at Nyayo National Stadium.

“It is a bit frustrating for me because I have to constantly remind my players not to underrate any team because we are not playing against school boys,” said Koops.

“At this juncture we cannot afford to underrate any team because no team is weak.

“However, this is normal with most players because they always tend to underrate struggling opponents. It does not matter how much you talk to them, sometimes it does not help.”

Leaders Leopards are back on the pitch after a two-week break hoping to extend their lead at the helm and with the league now in its 23rd round, every match and every point counts. 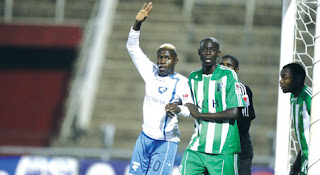 Leopards go into the match on the back of a 5-0 rout of Thika United at the same venue and will be under pressure to maintain their winning ways with pressure bearing down on them from their fans.

Koops will be happy to have back from injury, speedy winger Paul Were, who provides more options upfront. Leopards also have strikers Allan Wanga and Mike Barasa.
The bankers have so far performed according to script as the league enters a crucial stage. After starting so well the bankers reserves look depreciated after a recess in goal hunt.

Now there target is to hang on and battle tooth and nail not to close shop should they be relegated.

On Monday, KCB fell 3-2 to Thika United even after leading 2-0 at some point. This is the kind of lapse the bankers cannot afford against hungry Leopards and Paul Kiogora and Peter Wainaina will have to be at their best to help KCB win.

Prior to the Leopards clash against KCB, focus will be on Rangers who welcome Muhoroni in what is billed as a bottom table combat at 2pm on Saturday.

The duo’s absence will, however, be softened by the return of Paul Were from injury and the Kenyan international is named among the starters as well as Victor Ochieng.
Masika’s absence means captain Martin Imbalambala will fit in back to the defence alongside Rwandan international Jonas Nahimana while Floribert Tambwe and Bernard Mangoli will do the defensive work in the midfield.

Meanwhile you can get your current copy of the Ingwe Fan print magazine that is out.