It is mid season and save for one match between Leopards and Sony which has not been played, the half season is done and dusted.

Leopards emerged third and have the potential to go second if they beat Sony in thew rescheduled match and finish with thirty points. Currently, the leopards are stuck on 27 points, one behind Tusker and five behind leaders Sofapaka. 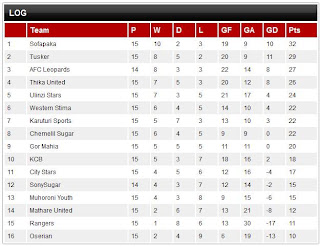 The results of the first leg can be summarised as follows:- 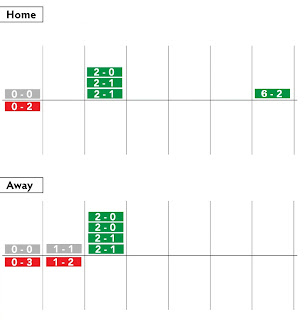 Considering that the Sony match that was postponed was scheduled for Nyayo, Leopards would easily have played twelve out of fifteen matches at their homeground! However, it appears the rescheduled match against Sony will take place at the adopted home of Mumias.

In 2011, the results of the whole season for the Leopards read like this:- 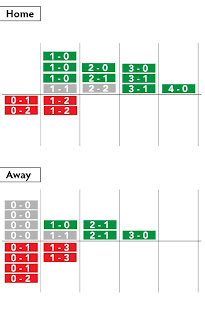 The contrast is starling. Last year, Leopards ground out some one-nil results (four) whilst this year they have yet to grind out a one nil result.

Last year,m in thirty matches, Leopards did not suffer a 3-0 loss though this year they have already suffered such a loss.