It has been happy times for the local football with a host of corporate ventures being announced in the recent past that are intended to bridge the gap that had grown wide between local corporates and local football.

A few days later, it was announced that the Nation Media Group had teamed up with Leopards and its eternal rivals Gor Mahia in a promotion that is dubbed 'Toklezea Na Jalee'. 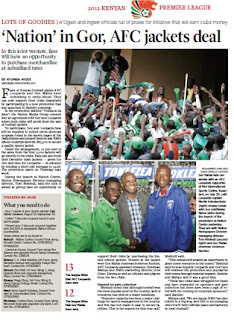 It is unusual for the two clubs who don't share much in corporate sponsorships to be on board the same campaign and football fans will be looking at this development with a keen eye.

From the launch news report whose link is given above, it was noted by Tom Mshindi, the NMG big honcho that:


“Resource capacity has been a major challenge for sports management in the country and this has not made it easy to secure facilities. This is the reason for this true call. This venture will present an opportunity to grant some resources to the teams.”

Whilst this may be a first in this parts of the world, other countries have been a step ahead with major rivals sharing even sponsorship deals with the cases of South Africa (Kaizer Chiefs and Orlando Pirates) and Scotland (Rangers and Celtic) being points of reference.

With the two biggest teams in the country joining up to this campaign, it is the hope of many that they can move this to other greater levels in their endeavour to be financially self sustaining though commercial deals rather than donations that have been sought in the past and come in in dribs and drabs.

So Toklezea na Jalee, what is it all about. For starters, these are sheng words, a lingo that is popular with the youth in the country and it basically translates to: come out in your jacket. Clearly, that would have sounded bland even to those who aren't hip with it.

The Daily Nation newspaper, Kenya's leading print media, ran some teasers after the launch in which they kept sending out positive slogans in the context of the campaign. 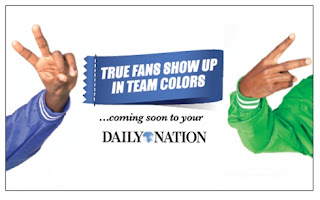 The first simply stated that 'true fans show up in team colors'. The ad gave the V salute with the corporate colors (er, or colours) of both Leopards and Gor. Most Leopards and Gor matches usually see their fans turning out in replica jerseys of their teams, though Gor fans have stuck mainly to the pre-sponsorship jerseys that give prominence to the team rather than the sponsor. Leopards fans on the other hand have embraced the sponsored jerseys and save for seemingly contraband jerseys, have turned out in Mumias Sugar emblazoned kit.

The next teaser was all blue and white with no shade of green (take that you Goreans!) 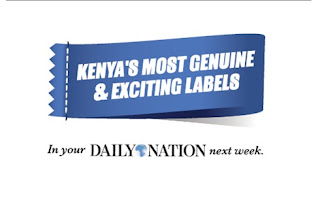 However, one may say that since Gor has at times used the blue and white kit, this was wholly appropriate.

Next up was a definitive date for the promotion commencement. 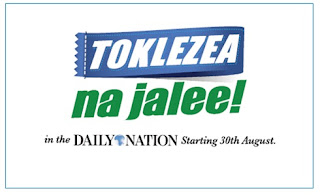 Whilst this was going on, the fans of both teams were busy discussing the pros and cons of the deal. Details had been given that the clubs stood to make 12% of the sales and some fans felt that this was on the lower side.

At both clubs, some thought it was a good thing whilst others criticized the deal. On the Gor Mahia Group, Speaker Akinyi wrote:- 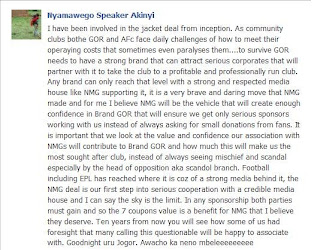 That elicited over 100 comments. On the Leopards side, Prof Kadima wrote:-

He got two likes and no comments. Perhaps the debate had dissipated by then. Leopards has been known some times as 'AFC = Always Filing Cases' and it was not a surprise that the story being featured on the Gor Mahia website elicited this comment from Henry Njalale, one of the officials in the rival Leopards faction who raised accountability issues in respect to the deal. 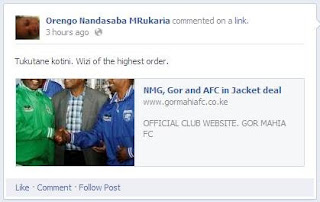 Other fans simply raised concerns about the cost with the story on the Nation website eliciting this comment.

It is always great to sieve though the comments of fellow Ingwe Fans and their understanding of any dealings that the club undertakes.

Nation went ahead to give the promotion the full treatment with the promised date of August 30th coming true. On the front page, there was mention of the promotion.

The newspaper also carried a full page advert for the promotion. 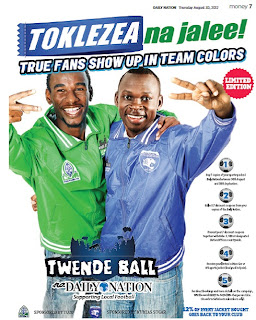 And on the sports pages was the coupon.

It was all straight forward. Collect seven of these and with your Kshs. 3,500 you will toklezea with the jalee. 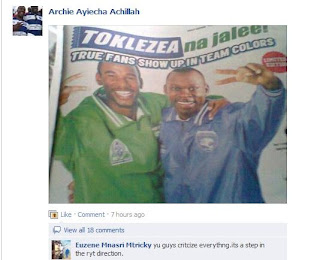 At the same time, the Daily Nation sports page on Facebook carried photos of the jalee. 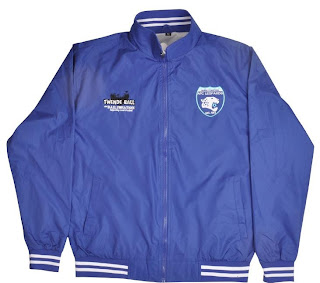 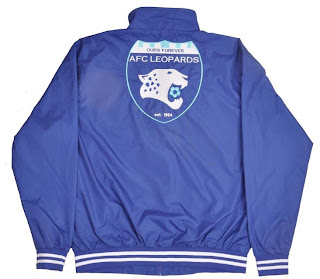 Actually, we wouldnt be doing this any justice if we didnt show it on an Ingwe Fan. 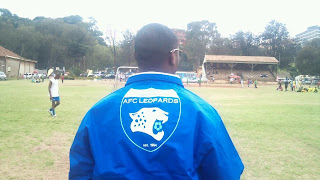 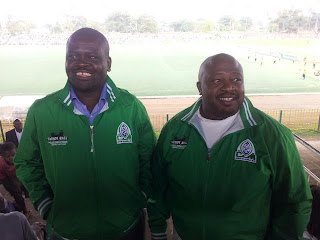 One of the positives that comes out of this is that the reach of the Nation will be greater than the fans that attend the football matches and whom the clubs cannot access. The passive fans may wish to be identified with the clubs though the medium of this merchandise and thus funds that were not within the reach of the clubs due to their limited marketing, will be opened to the clubs.

Further, building as corporate résumé is very important for the clubs. The fact that the clubs have some sponsorship deals at the moment needs to be built on as they have not 'arrived' yet.

Benefits are not always financial as Ingwe Fan has always argued. There are those who see the branding as an additional marketing benefit to the club. It is this same argument that we use when we bring you the print version of this blog though the currently selling fanzine. 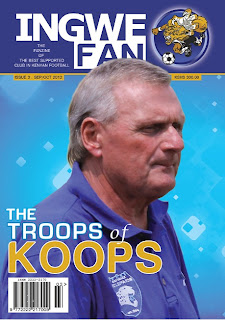 But one needs to also listen to those who think that criticism leveled at the Nation Media Group is warranted. For one, like other daily newspapers in the country, the Nation continues to carry more news about the English Premier League leaving some diehard fans of the local game disgusted at the promotion of something that is not one of our own. It is perhaps based on this that the current promotion also calls on the fans to go to the matches with the slogan 'twende ball' (lets go attend football).

This needs to be matched with consistency. The Nation has been associated with football in her past and one need go further than the Road To Senegal campaign in 1991 that enabled the national football team qualify fore the Africa Cup of Nations of 1992.

But that is far!

With the renewed interest in local sports, Ingwe Fan hopes that this promotion will come to fruition as in the end, the two biggest clubs in the country will benefit not just financially but from the immense exposure and promotion that comes with this campaign.

So, go out there and toklezea na jalee.