Leopards face Nairobi City Stars tonight in a match where an eleventh victory this season will lead them to the top of the Kenyan Premier League standings. 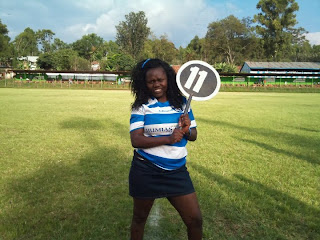 AFC Leopards head coach Jan Koops has said his team will approach City Stars with all the caution since their opponents are very  “unpredictable” and if not handled with care can cause a major upset. The two teams will meet on Friday evening at the Nyayo national stadium in a KPL evening fixture.

Koops said winning against Stars is very crucial as it will take them to first position a point above Tusker as well as open a bigger gap from third placed Sofapaka who lost on Wednesday evening to Mathare United.

“We will only laugh after 30 matches when we win the title. The match on Friday will only motivate the players. In the first match we lost to City Stars and we will not like the same to be repeated. We need to overturn the score line. However it should be remembered it will be a very hard game since stars are professional and not school boys,” he said

The coach said he is encouraged with the level of competition in the league where no one is more special than the other therefore making the games more interesting.

“Look at teams like, Gor, Thika and Ulinzi, they are all closing the gap at the top. It implies one thing. The league has improved immensely,” Koops added.

The tactician also said there is a lot of talent not only in the premier league but also in the lower division that needs to be tapped and nurtured to help the Kenya football at the international stage.


Team Manager Lawrence Njenga has exuded confidence ahead of the match, saying that the team will go for a straight victory against the second-placed Ingwe.

“We defeated them fair and square in the first leg match and will prove to them that it wasn’t a stroke of luck,” he said.

“They are second-placed on the table but that does not scare us at all. The fact that we defeated them in the first leg gives us confidence. We are going for nothing less than a victory.”

City Stars beat AFC Leopards 3-0 in the first leg match played on 5 May at Nyayo and Njenga believes AFC will be under pressure to avenge the defeat.

“The team (City Stars) has been training well and we have no major injury concerns ahead of the game. All the players are okay and are looking forward to the game,” he continued.

“AFC Leopards want to take vengeance since we defeated them in the first leg and therefore will be playing under pressure.”

Dan Serunkuma was instrumental in City Stars’ win against AFC Leopards, as he scored a brace, but has since joined Gor Mahia.

“Serunkuma was in fine form that day, he is no longer with us but I believe the players I have will be up to the task,” he concluded.

Gilbert Wandera of the Stadard writes:-

Elsewhere, AFC Leopards may go top of the standings this evening (7pm) if they beat Nairobi City Stars at the Nyayo National Stadium.

Leopards are currently second on the log and need to win on Friday to displace leaders and champions Tusker.

This is a grudge match as City Stars won the first leg 3-0 and it is a result that marked the turn around for the Kawangware based club since they have not lost from that time on.

City Stars have gone an in incredible six matches un-beaten and go into Friday’s fixture as the favourites.

Even after losing top goal scorer, Dan Ssrenkuma, the Kawangware-based club has not been shot of inspiration. Their most recent win was against high riding Thika United away.

Former Gor Mahia striker Ibrahim Kitawi is fast settling at the club and his experience will count for something against Leopards.

Like, City Stars, Leopards have also turned around their performance winning their last two fixtures.

The team welcomes new defence kingpin Pascal Ochieng’ who completed his move to the club this week. 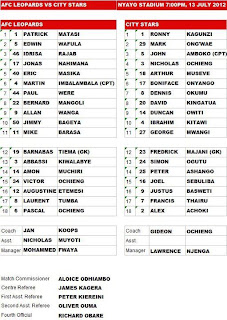 Jimmy Bageya has replaced Laurent Tumba and will play alongside Paul Were, Bernard Mang’oli and skipper Martin Imbalambala in the midfield.

Harambee Stars defender Pascal Ochieng’ will start from the bench as well as Victor Ochieng’ and Patrick Matasi.

The match will kick-off at 1900hrs local time.


AFC Leopards tonight have a chance of going top of the KPL when they take on Nairobi City Stars at the Nyayo national Stadium. On 5th of May, Jan Koops’ face turned red after watching his side get a 3-0 bashing from City Stars at the mucky Nyayo National Stadium. Dan Sserunkuma-now at Gor Mahia-was a constant threat to Eric Masika and Jonas Nahimana. His weaving runs and dummies did confuse AFC Leopards to habd the Kawangware based side their biggest win in recent times.

Sserunkuma scored a brace on that afternoon but wait a minute, this is a whole new affair. Both sides have not lost a match in the second leg.
Leopards did have a difficult time after the City Stars loss and many fans began doubting Jan Koops side’s  title credentials, at the beginning of the second leg, Leopards had a match in hand-against Sony Sugar- and they managed a 1-1 draw against Zedekiah Otieno’s side in Mumias. Leopards bounced back in fashion beating Sofapaka and Sony Sugar with identical 1-0 wins to keep up pace with champions Tusker Fc.

Paul Were is expected to continue with his exploits on the right flank and with the support of Jimmy Bageya and Allan Wanga, Koops seems to be taking on City Stars head on.

City Stars were relegation candidates a couple of months ago but they did turn around their season with convincing wins over AFC Leopards and Ulinzi Stars helped Gideon Ochieng’s side back in a respectable spot in the league. With the departure of Sserunkuma, another Sserunkuma has filled Danny’s position well and this is evident from the results the club has posted so far. Former AFC Leopards stopper John Amboko did keep out Jimmy Bageya, Charles Okwemba and Mike Barasa from scolding Keeper Peter Odhiambo. Tonight, the City Stars Captain will be up to task to stop the dreaded striking force again.

New signings Pascal Ochieng’ will tonight sit on the bench perhaps to learn the Koops way. Floribert Ndayisaba will have to wait for another day to don the Rio Tinto as he is yet to be fully cleared to play for his new side.  Former Gor Mahia duo of Dancun Owiti and Ibrahim Kitawi have earned starting berths  after coming on as substitutes against Western Stima last weekend.A win tonight will take Ingwe to top on the log for a while since leaders Tusker Fc are in Tanzania for the CECAFA Club cup. For City Stars, a win will lift them to seventh. 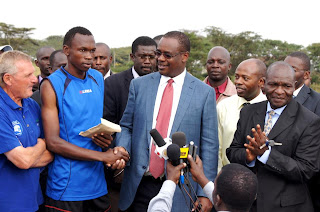 Meanwhile, the Leopards players received a boost when the former Mumias Sugar CEO visited the training camp and rewarded the players for the Victory number 10 against Sony Sugar by handing over a sum of Kshs. 180,000.

Muigai Kiguru of the Star reports:-

AFC Leopards head into today’s top Kenyan Premier League clash against City Stars bouyed by a Sh300, 000 donation from Nairobi Mayor George Aladwa and a further Sh180, 000 from Nairobi gorvernorship aspirant Evans Kidero. Kidero was fullfing a pledge he made earlier in the season of giving the club the amount whenever they win a KPL match and was therefore rewarding them for their 1-0 win over Sony Sugar last weekend.

Kidero said he is not going to tire from honouring the promise and said the challenge is for Leopards’ players to show whether they are determined to win the league title. Less than two weeks ago, Kidero rewarded the players with the same amount after they beat fellow title challengers Sofapaka.

Aladwa said the teams performances in their recent matches shows they are ready to challenge for the title. “Leopards remain the best team to challenge for the title this year,” said Aladwa. He observed that Leopards are a national outfit that requires support from everybody. “Leopards and Gor Mahia are the biggest clubs in Kenya and without them I dont think fooball will be the same” said Aladwa.