Leopards scored through a Bernard Mang'oli strike to give them the tenth win of the season. 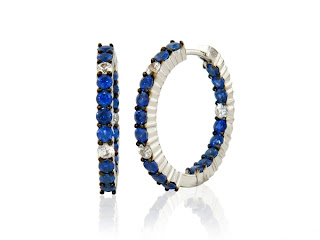 Rodgers Eshitemi of Futaa had the earliest report and writes:-

AFC Leopards SC secured the maximum points in Kisii after beating SoNy Sugar FC by a solitary goal, in a Kenyan Premier League match, on Saturday 7 July, at Gusii Stadium.

Kenya U23 midfielder Bernard Mang’oli found himself in the right place at the right time to tap home from a close range Paul Were’s cross with SoNy keeper Wilson Oburu well beaten in the 28th minute.

Six minutes later, Ingwe could have extended the lead but good reflex action from Oburu denied Mike Barasa a chance.
Ismael Dunga squandered an open scoring opportunity in 38th minute from Enock Agwanda’s long throw –in before Wycliffe Nyangech rescued the occasion by dispossessing Were in the area.
Both tacticians brought in fresh legs in the second half with Zedekiah Zico Otieno bringing in John Kiplangat, Geoffrey Simiyu and Musa Omarr while Jan Koops gave a nod to Oscar Kadenge and Jimmy Bageya, but the score-sheet remained intact.
Kiplangat became thorny in Leopards' defense giving Barnabas Tiema tough task between the sticks. His best chance was on the hour mark from Agwanda's effort but Tiema fluffed the ball over the bar.

Kenyan Premier League side AFC Leopards moved up to the second spot in the log after a 1-0 win over Sony Sugar at the Gusii Stadium on Saturday 7th July.

AFC Leopards took full advantage of Sofapaka’s slip up against Muhoroni on Friday night and will be happy to learn that defending Champions and league leaders Tusker FC drew 1-1 with Chemelil Sugar in Awasi.

Bernard Mang’oli scored the lone goal in the 26th minute of the match with Paul Were putting in the assist, justifying further why Leopards had to fork out 450,000 Kshs to secure his signature. This was Were’s second assist in two matches for Ingwe.

Earlier on, Coach Jan Koops had complained over the bumpy nature of the pitch and his words came to light as both teams were unable to play short and sleek passes.

Enock Agwanda was the first to aim on target but AFC keeper Bernard Tiema  did well to kept his corner shot at bay.

Keeper Willis Obungu was called to task 20 minutes into the match to stop Mike Barasa from scoring the opener.

New star Paul Were made his trademark run into the right flank then sent a cross that a well-placed Bernard Mang’oli met and made no mistake in firing it past the Sony Sugar keeper.

Sony Sugar tried hard to pull an equalizer but poor finishing and the hawk eyed AFC defense ensured the score-line would not be altered.

Former Gor Mahia player John Kiplangat would have found the net after connecting to a cross by Agwanda but Tiema pulled a world class save in the 63rd minute.

AFC Leopards will next play giant killers City Stars and could go top of the league should they win in their match at hand over Tusker FC.

Bernard Mang’oli got the goal, his first for Leopards this season, in the 28th minute, and all round thanks for making the score were directed at new man Paul Were, whose assist earned Leopards the winner in their 1-0 defeat of Sofapaka last Wednesday.

With a game in hand, against to Tusker’s 18 played, Leopards can overtake the Brewers [36 points] by a point if they [Leopards] win next Friday against Nairobi City Stars.

Bernard Mang’oli rose to nod in the Leopards goal in the 28th after Paul Were worked inside the box to provide the ball.

In his first match for his new club since signing from Tusker in the mid-season, Were had set up the winner by Allan Wanga when Leopards played Sofapaka at the National Stadium last Wednesday night.

Six minutes after Mang’oli’s goal, Leopards should have made it 2-0 but Sony ‘keeper Wilson Obungu reacted perfectly to a Mike Baraza shot.

Ismael Dunga wasted a great chance for Sony in the 38th minute when Enock Agwanda picked him with a long throw-in.

After both teams made second half substitutions, one of the effective men were Sony’s John Kiplang’at. He became a thorn in the flesh of the Leopards' defense giving Barnabas Tiema in goal a few anxious moments.

Kiplang’at’s best chance came on the hour mark when he was put through by Agwanda but his effort was tipped over the bar by Tiema.

AFC Leopards narrowed the gap at the top when they secured a 1-0 win over Sony Sugar on Saturday afternoon at Gusii Stadium to move to second on the league table.

It took the Kenyan Premier League giants only 28 minutes before newly signed speedy winger Paul Were claimed his second assist, in as many matches since his move from Tusker, by setting up Bernard Mang’oli to score the winner.

The home side had its chances most notably seven minutes before the break when burly hit-man Enock Agwanda’s long throw-in fell for but Ismael Dunga but his feeble shot was straight at Barnabas Tiema.

In the second half, coach Zedekiah Otieno made a couple of changes to reinforce his attacking line with John Kiplangat, Geoffrey Simiyu and Musa Omarr coming in for Robert Ouma, Ismael Dunga and Dennis Okoth, but the Ingwe defenders kept them at bay with Tiema doing exemplary work.

Kiplangat could have scored on his debut and salvaged a point for the Nyanza-based side in the 61st minute with a spectacular header but Tiema parried it over the bar.

Leopards are now second on the pile with 34 points, two below leaders Tusker FC who battled to a 1-1 draw with Chemelil Sugar. 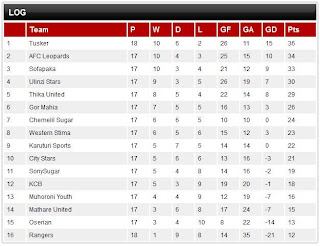