Predictably, the reaction from the fans on the Ssemi Aina and Anthony Walela telephone call and transcript has been devoid of any reasoning with some fans reacting emotionally to the issues at hand rather than take a considered view of the mind frames of the two conversing gentlemen. 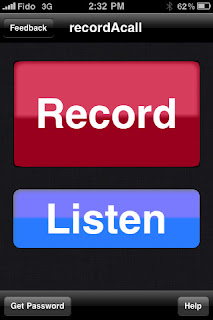 Firstly, it is instructive that Aina is the one who made this call and in fact, he introduces himself at the beginning of the phonecall. It is therefore quite preposterous for people to think that Walela shouldn’t have taken the call just because it was Aina calling. So Walela takes this point.

Walela then opens up rather too quickly – which is a shortcoming of people who wear their hearts on their sleeves – and are not hiding cards below the table. He informs Aina that the current Chairman Alex ole Magelo is not in charge of the whole roadmap. There is truth in this matter since the parties who were feuding over his Chairmanship came to an agreement which meant that Magelo ceded some of the powers that are often enjoyed by the Chairman. Previous elections have been held under the watch of the incumbent but the Harmonization Committee has brought in a clause that states that an interim Election Board shall run the election. So technically, Magelo will not be in control of the Election Board. Walela also takes this point.

Perhaps one of the weird parts of the conversation revolves around the ‘use’ of Sammy Maina, an Aina ally to block either the AGM or the SGM. Walela gives the reasons why he thinks the SGM should go on but the AGM shouldn’t. Later in the conversation, he justifies the AGM being blocked for reasons that the time frame for registering members is not enough but he loses marks when he seems to agree that Maina should be used to block the AGM. He loses this point and it is 2-1.

The conversation then moves to the justification of the process and Walela comes out clearly that he does not trust the list of members that was posted on the official website that shows that the club has approximately 1,800 paid up members who have paid Kshs. 200. According to Walela, these are the members that Magelo wants to use to vote at the AGM of 17th June. However, the way he puts this point seems to amount to misinformation.

Whilst one may not be aware of what Magelo is planning or scheming, it has been indicated previously by Richard Ekhalie, who has been acting as the club CEO, that the club will allow those people who are not on this 1,800 list to register before elections are held. This seems to dovetail in with the Harmonization Committee (HC) that has recognized the list of members registered by the club and indicated that they will need to prove that they have paid the sum of Kshs. 200 and top up with the balance of Kshs. 300. So the good Doctor mis-spoke when he said ‘hiyo list yake ya mia mbili hatutaki’ because the contrary seems to be the agreed position by the HC. Its 2-2.

Ssemi then takes him on the issue of why he was left out of those nominating the representatives to the Board. This is very sly of Ssemi because he knows that he refused to take part in the Registrar’s efforts to arbitrate in February.

Walela downplays this question at this stage by saying that even he himself has been left out yet he is not ruling out making a move for the Chairman’s seat. To the extent that he uses the word ‘might’ which also means ‘might not’ this is a point that is basically meant to deflate the fact that Ssemi shouldn’t be bothered he has been left out because Walela and indeed other people are also not nominating people to the Board. He defends the Board by saying that he doubts it can collude since it is made up of rivals and thus there is a safety net.

Contrary to what people might conclude that he has been saying her won’t stand for election and yet he hints he may stand, this point still goes to Walela as he seeks to quell the suspicions of Ssemi of the Board by insisting it could be fair and that even he, who is not nominating, could very well throw himself in the ring and still contest under that Board. 4-2.

The other controversial piece of information that seems to have been taken from the clip was when Ssemi asked Walela, ‘You see, Wewe, Ochiel na Kituyi, nyinyi wote hamtaki election?’ and he said ‘Yeah’ Again, this is a silly way for one to look at it since Walela had clearly stated that he could very well contest the elections and that the other people were also interested in running for the post of Chairman. What Ssemi was probably talking about was ‘… election on 17th June’  and Walela had made a case for why he was against elections on 17th June.

Perhaps the bad faith with which this phone call has been viewed is when the same was blown out of proportion by some elements to mean that the Bukusu sub-tribe was in a grand scheme (and including Ochiel, a known non-Bukusu in the scheme). Desperation and dirty tricks really knows no limits in football and in politics.

From the propaganda machine that has been rolled out, Walela loses this point since it clearly shows that when you are called by a person who may not be your friend, you have to be on guard against such insinuations. 4-3.

Ssemi then makes a feeble attempt to pin down Walela on the roadmap by asking him whether the time liners agreed upon at the registrar were followed. Of course not and Ssemi knows he is part of the reason why they haven’t been followed. Previously, the ten day period given to harmonize the constitutions was overshot and thus the SGM set for March couldn’t be held with an incomplete constitution. The HC have also indicated that some of the appointees to the HC didn’t take up their positions for instance Grace Katasi.

After that, the roadmap was put back on the tracks with an SGM set for 6th May but Ssemi obtained orders barring the Executive Committee and in particular Bukachi from calling the SGM. So to turn around and then ask whether the timelines have been followed when he has contributed to the delays says a lot about his intentions of the phonecall. This point is a moot point and since Walela doesn’t answer him in this manner, this point isn’t awarded.

However, Walela does a dramatic thing at this part of the conversation when he turns the questions to Ssemi. He asks him what his view is on how we should arrive at the Electoral Board. Ssemi fumbles in his answer saying things like ‘mnaogopa Magelo’, ‘different bodies’, ‘na tuwalipe’. Yes, that is Ssemi’s answer. We should get people and pay them to run our elections. To his credit, Walela prods on this point and wins the point when he makes Ssemi jump to metaphors like ‘you can not be an accused and a magistrate’ which Walela rubbishes and re-affirms his trust in an Electoral Board appointed by Magelo, Ochiel, Kituyi and the two other representatives. It’s clearly 5-3.

There is however a point that Ssemi raises after his ‘independent people’ line fails and he says the members can appoint a few of themselves to run the Electoral Board. Now, this point we shall analyse extensively from various angles. First, it seems Ssemi is happy with the idea of an Electoral Board, otherwise why would he be racking his brains on how it should be composed. And the electoral Board is found in the new constitution. So is Ssemi for or against the new constitution? It is for you to decide.

Then Ssemi also goes for something that some members of the Facebook Branch fans had previously suggested, that members should constitute the Electoral Board. Again, this is the Ssemi who has been accusing FB Branch and its affiliates of all manner of ills siding with them without really knowing it.

That side, it’s the response by Walela to this suggestion that also caught people’s imagination. Walela rightly asks what formula will be used to select the fans who will run this Board. Some people have taken this to mean Walela was disparaging the fans as being incapable of choosing themselves to run the Election Board.

So to all the fans out there, what formula would be used? There was a suggestion by some that the top three branches in terms of membership be the ones to nominate a member each but this was not followed under Clause 8 of the proposed constitution (which is in any event suspended for the first elections as per the transition clause).

To the extent that Walela gives his honest opinion, and Ssemi doesn’t give his formula, we will give him this point. 6-3.

Ssemi then launches in one of those looped discussions about loopholes being filled without offering any ideas on how the loopholes should be sealed. In fact, he comes across as an opportunist who is seeking to take advantage of the loopholes he has imagines exist and how the usual rushing to court may not cease. Walela asks him ‘from where’ when he says the matters need to be dealt with.

Again this is clever of Walela as he seeks to draw answers and Ssemi offers merely the ‘let us sit down and talk’ response. Well , he is already talking on the phone and it is unlikely that when you sit down, more clever ideas will arise. But Walela calls the bluff and offers to sit down and still talk.

But therein lies one issue that fans need to appreciate. There are genuine concerns from all manner of fans including Ssemi and the way they approach those concerns may baffle many. From the conversation, it was strange how Ssemi who had refused to sit down and be part of the agreement is now simply saying he wants to sit down and agree.

Ssemi’s arguments on how he was elected on 22nd January 2012 are baseless but it is an irritation that is ongoing with three cases now having been filed by himself and his cronies. He doesn’t seem to want an immediate election either but he disparages those who want an immediate election (which he wrongly calls – you don’t want an election); he criticizes those who think elections on 17th June 2012 are viable but he goes ahead to say, ‘Elections on 17th are impossible’; he also uses such choice words like ‘tukae kwa meza’, ‘playing cards’ – words which are really meaningless.

Ssemi criticizes those who don’t want the AGM to go ahead (by saying you aren’t telling mebers you don’t want elections) yet he also agrees that the AGM called by Magelo and Ngaira is illegal. On this score, Walela scores the final point and it ends 7-3.

You can see he is shifting positions and in the end he ends up painting the Doctor in bad light by posting this private conversation which he then twists with his comments when posting on the various Laopards fans Facebook Walls. This is not in the Nicole-Muturi standards, but it nonetheless gives us a glimpse of the mind sets of the two gentlemen and a lesson on how to wear your heart on your sleeve smartly.
Posted by Ingwe Fan at 12:08 PM