Papa Shirandula sings his heart out as Leopards go down 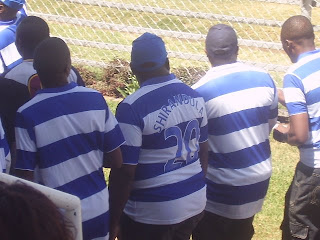 Francis Ocholla scored twice as Agrochemicals came from a goal down to beat AFC Leopards 2-1 at the Coca Cola National Stadium. Leopards had taken an early lead after Sebastian Muchera scored within the first minute. An out of sorts Leopards finished with ten men after Alfred Chege was sent off in the dying minutes. 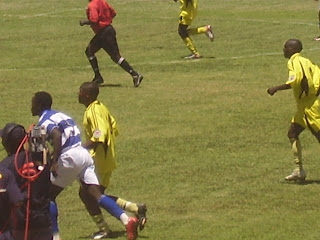 Bottom Kenyan Premier League club AFC Leopards were dealt another blow when they went down to a 1-2 home loss against Agro Chemicals at the Coca Cola Stadium, Nairobi on Saturday.

The once-great Leopards continued their uphill struggle to make an impression in the competition they have returned to after two years in the relegated second division.

Leopards had a good second half in which they pinned Agro Chemicals to their half. Many chances were missed by Leopards forwards.

At the start Leopards seemed the luckier team of the day when Kenya national squad member Sebastian Muchera gave them a celebrated opener, finding the net only in the 43rd second after kick-off.

But Agro Chemicals, a team which finished very strongly last season and earned third place, hit back almost immediately. Francis Ocholla got the first of his afternoon's brace in the third minute. He was on the mark again in the 19th minute.

The match was the early [1pm] kick-off of the day's double-header televised live by SuperSport from the Coke Stadium. 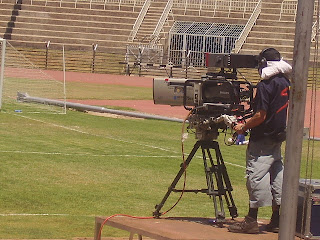 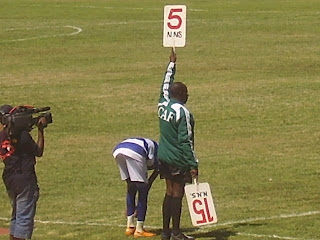 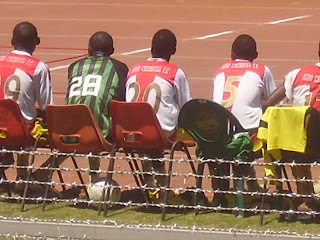 In Nairobi, AFC Leopards just cannot get their first Kenyan Premier League win, on Saturday going down 2-1 to Agrochemicals at the CocaCola National Stadium.

Two strikes from Francis Ocholla cancelled out Sebastain Muchera’s 47th second goal with interest to condemn the former glory club to their fourth loss of the season.

A sea of blue and white – the tradition colours of AFC Leopards – on the packed main stand and throbbing beats of Isukuti seemed to have set the mood right for the home boys who scored one of the fastest goal in the KPL.

Leopards broke on the right moments after kick off and Harambee Stars trialist Muchera showed just why he has attracted the attention of national selectors with an accurate finish.

Agro ensured three points when Ocholla played the ball over Leopards central defender Allan Huma – conspicuous in his raised long hair - for an encumbered effort into the net in the 19th minute. 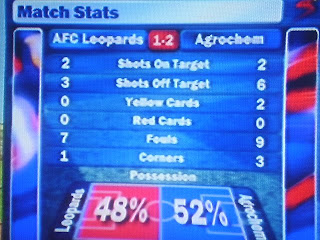 Leopards pressed hard to rescue the tie with Muchera and Dennis Mukaisa coming close in the second but they just did not have the quality to beat the determined Agrochemicals.

Alfred Chege was shown the red card three minutes into time added on to cap a disappointing day in the office for Leopards.