A few days ago, AFC Leopards fans woke up to the news that there was a new official website for the club. The link was posted on the tickets for the Leopards match against KCB at the City Stadium.
Then followed a flurry of postings on the two websites afcleopards.net and allafcleopards.com disparaging each other in the battle of the Official Website. 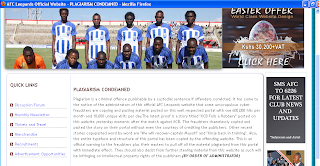 So what is really going on?
Ingwe Fan retraces the problem by giving a historical perspective to the whole issue.
The first website that was ever created to deal with Leopards matters was a page on Kenya Page some time in the year 2000. 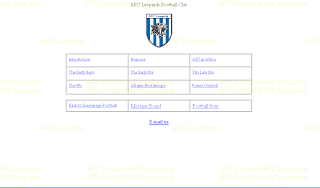 It wasn't the official website but being the first web page that had the history of Leopards, it was a useful historical portal for fans of the stories team.
In 2002, fans of the team came up with a new website that had many more details of the team. This is arguably the fist website of the club and used the address afcleopards.com

The launch ceremony was attended by Jack Makhanu, the Secretary General of the team. Amongst its accomplishments, the website was the first in the country to carry out a minute by minute update of events at a match featuring a Kenyan club when the match against Al Mourada of Sudan was webcast live on the website.

Th website was then handed over to the new Secretary General of Leopards Steven Mutoro who had taken over from Makhanu when he requested through an e-mail for the website which was converted to the first official website of the team. No money changed hands as the website was handed over by the fans to the team.

Unsurprisingly, the club having taken over the maintenance of the website then failed to renew the domain name and the same was taken by cyber squatters.
The team then went without a website until another Ingwe Fan of the team decided to register a new domain name afcleopards.net after unsuccessfully trying to buy the afcleopards.com domain. This happened in the year 2006. 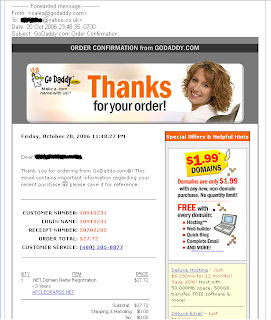 Having secured the domain, the fan turned it over to the team in 2008 when a new office had taken over at the team. Again, no money changed hands as the website was handed over. The new web administrators were Ace Solutions. 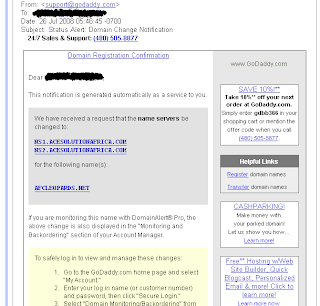 The website took off and updates were made to the site by the the Marketing Manager of the team. The website also became featured in the first team jerseys that were unveiled by Alex Ole Magelo in 2008. 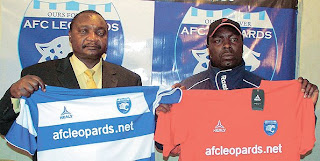 When Magelo left office, the website was not amongst the properties o the club that were handed over to the incoming Chair Julius Ochiel. It was then reported that instead, there had been attempts to sell the website to the club. 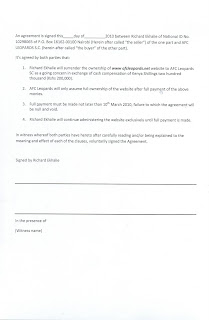 In all fairness, the website had grown into a brand and was perhaps probably worth more than the amount requested. Fans across the country spotted the Leopards replica jerseys that advertised the website. However, what also needed to be appreciated that the fan who had handed over the afcleopards.net had actually handed it over to the club and not to an individual. The footer on the website states: 'COPYRIGHT 2008. ALL RIGHTS RESERVED. AFC LEOPARDS.' That is why the claim for money to change hands was quite strange.
Secondly, the content of the website afcleopards.net is largely the same as that was contained on the afcleopards.com domain. The History page is the same, the Honours page is the same as originally appearing on the afcleopards.com domain. A simple Google search of 'afc leopards moi golden cup' reveals the interesting connection with a document titled afcleopards.com but appearing under the assets of afcleopards.net.
The only original content on afcleopards.net is the news items that some times have serious grammatical errors. Sometimes the website criticizes the players and coaches openly quite unlike an official website of the team.
Indications were also supposedly made to Ochiel that the website could be updated at a fee. 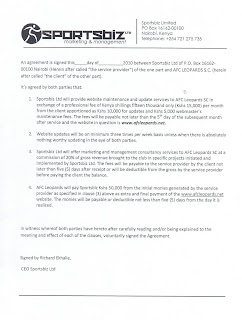 It appears that Ochiel deemed it cheaper to set up another website for the club instead. And sure enough, afcleopards.co.ke became the new official website of the team. 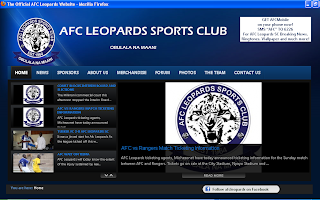 Ochiel also tried to popularise the website by having it appear on the back of the new replica jerseys of the team.
During this period, the afcleopards.net continued being in operation as an 'official website of the supporters' but only carried critical articles of the Ochiel regime.
When Ochiel left office, it appears he did not hand over the website though it is also not clear whether he was requested to do so. Instead, indications were made that with Magelo back in office, the official website had reverted back to afcleopards.net. 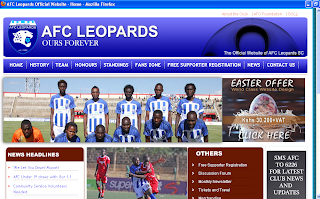 However, due to issues about the ownership of the website, one of the members of the Executive Committee decided to set up another official website allafcleopards.com 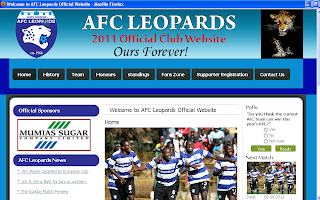 This precipitated the angry exchange between the two webmasters with each claiming to be the official website. Michezoafrika carried the announcement of the new website.
Meanwhile, the original afcleopards.com website had been bought by Mojja Sports associated with a Facebook Branch member Frank Maloba who is based in the US.This is perhaps he reason the domain could not be found and the allafcleopards.com domain was chosen by a section of the officials. 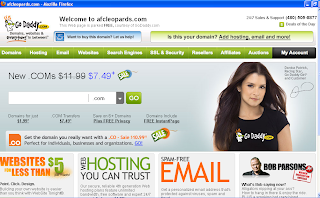 Whilst the dispute rages on and no clear position has been given by the Executive Committee, there is no shortage of Leopards news including this incisive blog. Fans have also set up the ingwefans.com website that also carries features on the club. 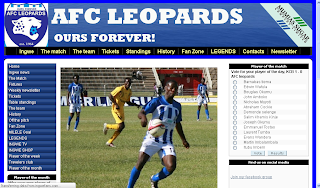 A Wikipedia page on the club also exists. 
Rivals Gor Mahia have different websites but the official website is clear. gormahia.co.ke is the officla website. 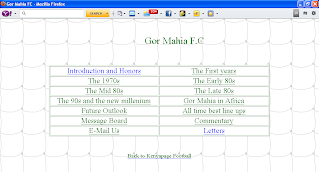 gormahia.net is also in existence. 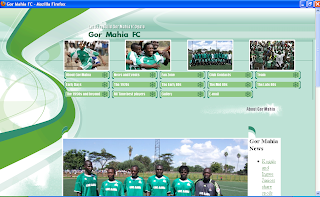 gorfc.com was also formed but none of these websites claims to be the official website of the team. 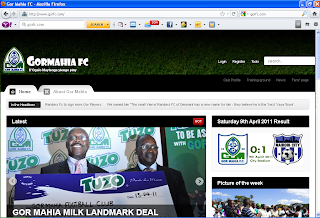 Which leads us to say, "Will the real Leopards official website stand up!"
Posted by Ingwe Fan at 9:56 PM