The Daily Nation carries a report today about the sale of the replica shirts of Leopards at the Uchumi Supermarket outlets. Surely there are no excuses for not adorning yourself in a Leopards jersey, probably for the very first time.

Meanwhile, the Standard carried two letters to the Sports Editor yesterday about ... yes, you guessed it... last Sundays match that still draws the ire of Leopards fans. Here are the two pieces by Simiyu Katiambo and Stephen Manyasi. Notice how these proud Leopards fans refer to the club as 'mighty' and 'big guns.'

Rowdy fans brought down the perimeter fence and stormed the pitch, forcing the match referee to end the match prematurely. 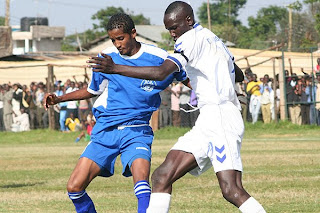 Leopards fans believe in fair play and would not behave in a manner that will undermine the game.

However, with due respect to Nairobi City Stars and the KPL, the poor condition of the Hope centre Stadium does not qualify to host such a high profile match. The stadium can only hold a maximum of 1,000 fans yet over 10,000 fans turned up for the match.

The perimeter fence in question was sub-standard and could not withstand the crowds that were obviously surging towards the pitch due to lack of space.

The hosts did not provide enough security and the few policemen provided were stationed at their cash collection points. Nairobi City Stars should be held responsible for the abandonment.

I urge KPL to stop Nairobi City Stars from hosting further matches at the Hope Centre unless the general conditions of the stadium are improved. 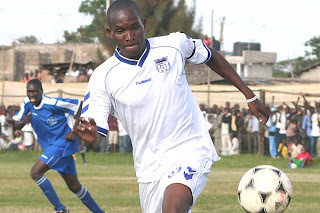 It is unfortunate that Kenyans only wait for tragedies to occur in order to learn.

Watching AFC Leopards/Nairobi City Stars match at Hope Centre on Sunday made me sad. From the start, I felt something was wrong. Why did people in their right senses feel a match involving big guns like Leopards can be played in such small pitches? 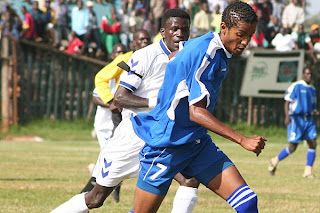 The stands were too small to accommodate the thousands of fans who turned up. The fence protecting fans from entering the playing area was made of wood and chain link and this put players and match officials at risk and I was not surprised when fans took only a few minutes to pull down the fence.

Security was inadequate as there were only four policemen. Are we serious or just waiting for fans to die then mourn? Do we know the chaos, emotions and passions football elicits in fans?

Such fields do not meet FIFA standards and should not host KPL matches. 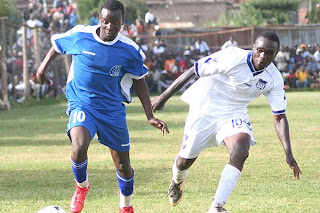 Oh, and guys, there is a match tomorrow against Western Stima at the Bukhungu Stadium. Lest we forget!!!