You read about the Kets 2011. Now, Ingwe Fan magazine editor Victor Bwibo delivers his end-of-the-year awards in respect of the AFC Leopards season that has just ended. It is a fresher look at ‘The Den’ as we call it and brings up all the good and bad memories of 2012 starting with …

Once or twice, a players stands out with his performances and then the next obvious thing happens. People want to snatch him. Now, we are not talking about the other player agents but you know... sometimes the agents are making calls with enquiries about the specific player. This was funny as it captured this whole scenario. 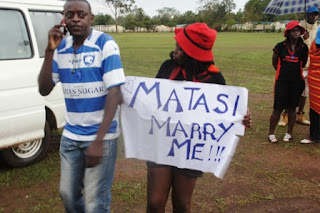 But there were times when Leopards soared as they did after finishing the first leg with a whimper only to rediscover themselves and go back to the top of the league in the second leg. At that time, the fans believed – Leopards was RELOADED! 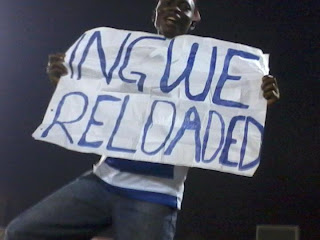 There are reasons we have mouths – mostly, it’s just to use them to shout in excitement when a Leopards goal is scored. But some people use their mouths (or expressing through their pens) some pearls.

There are the judgmental journos who won’t waste a moment to pass their judgment as Frank Midega did after the Leopards and Gor match aborted in the first leg and there was chaos when some unruly fans from the green divide of the derby threw projectiles at all and sundry.  ‘The hardest thing to find after a K’ogalo and Ingwe clash is Elastoplast’, he wrote in his column Frankfoot.

But the best quote was definitely by the 2012 Best Male Fan Maurice El Capitan who said in an interview at Radio Jambo before the return clash with the same K’ogalo, ‘We are breathing sugar!’!

Something was born this season at Leopards – the isokonde dance. Choreographed by Allan Wanga, it involved the jog, the wave, the shake and adoring fans joining in. 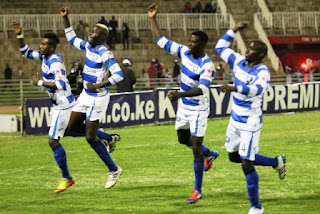 There are people who make Leopards fans wake up sweating profusely at night in utter shock and amazement at the nightmare. 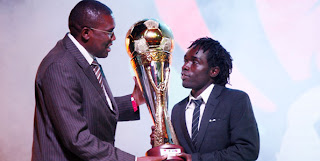 Definitely the Top 8 clash against Gor Mahia. Determined to make a mockery of the fact that Leopards didn’t turn up for the match, KPL and Supersport played along including releasing the lineups that didn’t have the Leopards players names.

The match commissar Kaunda was also in his element making a fool of himself on national TV as the match was awarded on a walkover to Gor. 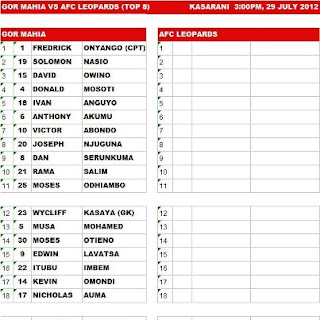 There was a host to choose from as in each other year. There was the baseball cap from Nakuru Branch that looked a bit slanty. 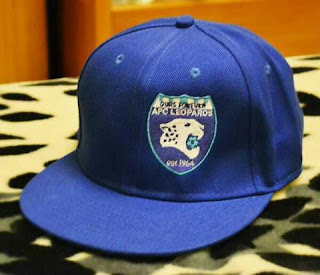 But there was worse. This seemingly came from Kaloleni Branch, a proclamation that we were the People's Champions.

Someone also had his mind on the time that we take to support our team. 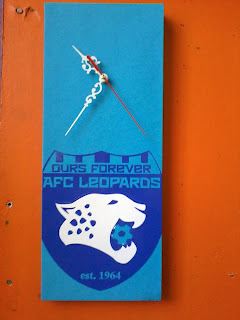 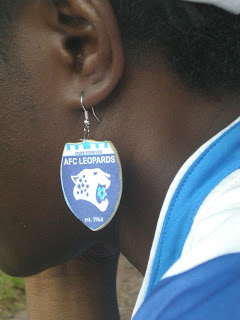 But the water bottle was definitely the best unofficial merchandise for this season. 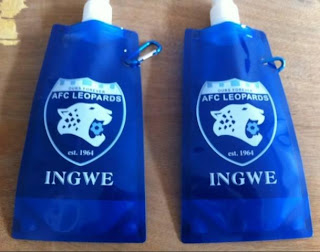 Now, managers are known to always whine about time. Jan Koops was invited to the Leopards fund raiser in March and was there before any body else! 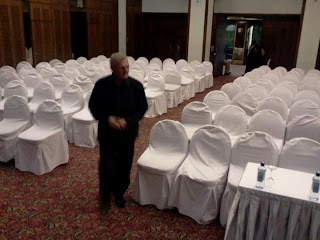 There were a variety of names dished to everyone; the fans, the players, the teams. Gor Mahia’s Ali Abondo was nicknamed Teargas after his tackle led to teargas tossed to Gor fans. But Gor Mahia was also called all sort of names, the best though was Towel FC.

Leopards had refused to play in the Top 8 in March and kept everyone waiting. Cue a top 8 summary. 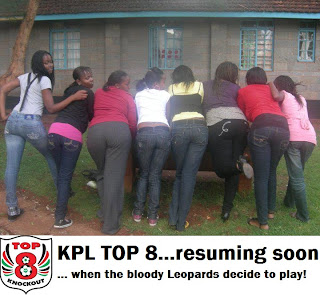 After we had viewed the crying Yanga fan, there was an outburst of hujuma  comments. Cue parody. 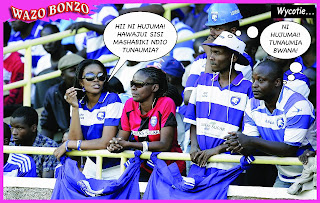 Laughter is the best medicine. When Leopards lost to Sofapaka, it was easy to summarize the story of the loss in three photos. 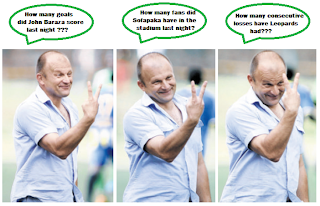 OK, we get it. You love your team. But there are some things which are a definite no no! 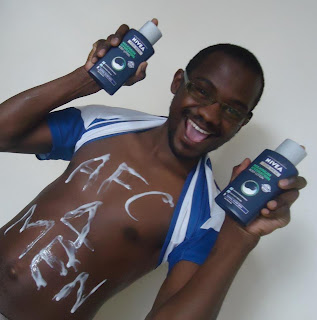 Getting the fans to be involved and have a say in the affairs of the club, the Be Involved campaign by Claws Trust was a sure winner! 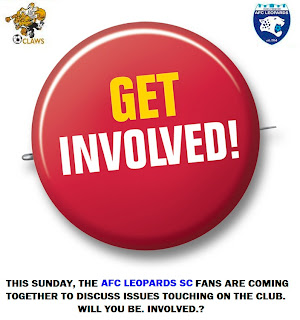 Its taking time but the Kenyan media is finally waking up to some technology – no less the TV stations. K24 had this touch screen to look at the league table. 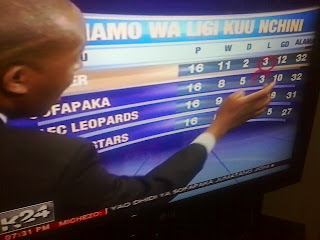 The Daily Nation really stepped up its plate as can be seen here.

With Leopards trailing 1-0 to Sony Sugar, Allan Wanga scored and our friends at Goir Mahia who had been pretending they really liked us, couldn’t bear it. Its OK, we hate you too! 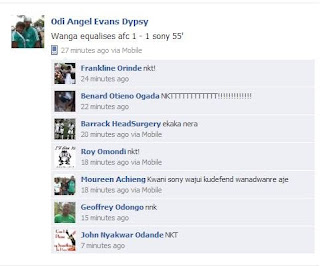 As a brand, Leopards needs all the publicity it can and Savvy Kenya this year dedicated her blog to her travels with the Leopards. She intended to attend all the 30 matches; she didn’t but her voice about her Leopards journeys and support were heard all over including in the leading Daily Newspaper in the country. 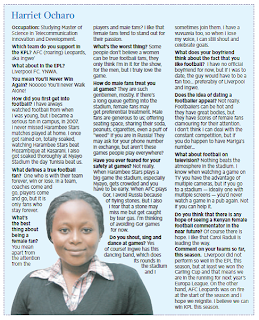 Having given us the quote of the year, Maurice El Capitan played his part as a fan. He attended an interview at Radio Jambo when tasked and also participated in the other community events to demonstrate that supporting the club is not just being on the pitch side but also what you say and demonstrate to the others. 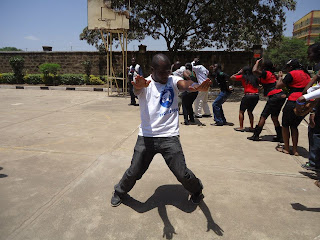