There is a television program that focuses on Christians turning their lives around and it aptly called Turning Point. Most times, you will find persons who have been through hell but then they get their Damascus movement, and then their lives become happier. 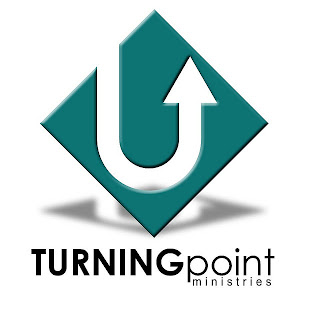 Being beaten by Gor Mahia was the best thing that happened to AFC Leopards this year.
For after that match, the Executive Committee of the Directors that run the club fired Nick Yakhama from the technical bench and elevated Jan Koops officially to head Coach and brought in Mickey Weche as an Assistant Coach.
It had been a torrid time for the Leopards. The loss to Gor Mahia was the tenth for the Leopards in seventeen matches. Gor was coasting; they had played a game less than the Leopards, and were now third on the league table. If they won their game in hand against Sony Sugar, they had a chance to go joint top.
Leopards on the other hand was at position 12 on the table flirting rather blatantly and dangerously with Ms. Relegation.
But though the match against Gor Mahia was a frustrating game for the Leopards, it was not necessarily fruitless. Having outplayed Gor, the Leopards left the Nyayo National Stadium with no points but with no more fear of tough games ahead of them either.
If they could play so well against a team that was on the throes of the summit of the league, why would they fear any other team in the league. That was etched into the Leopards players’ collective psyche.
Fast forward to five games later.
Leopards had still lost ten matches - meaning of course, that they had not lost a single match since their loss to Gor who on the other hand have not won in the last four matches.
The points gap that was eleven points between Ingwe and K’ogalo with K’ogalo having a game in hand and with a chance to extend the gap in points to fourteen points,  has now narrowed to six points with both teams having played an equal number of matches.
Gor has fallen from the third position at that time (which had later risen to second position) and are now settled at sixth with a chance to climb up to fifth with their game in hand. Leopards are tenth with a chance to climb up to seventh with their game in hand. As a Leopards fan put it on the Leopards Facebook Branch Wall, the two teams are now neighbours on the league table.
The confidence in Leopards is rising whilst that of Gor is plummeting. The latter have lost the last two games whilst Leopards are banging in the goals with Oscar Kadenge, Laurent Tumba, Collins Kisuya supplementing the goals scored by golden boot contender Mike Baraza. Francis Chinjili has also shown sparks of brilliance and surely there is a goal in him. Jimmy Bagaye has been sidelined with injury but he is the kind of player who can also improve the fortunes of Leopards. Veteran Charles Okwemba is also the leading in assists at the club and will be relied on to supply passes or even go for goal.
Leopards fans on the other hand cannot wait for 2nd October 2011 when their team gets the chance to avenge the first leg defeat to Gor, a defeat that is treasured for having turned around the hell that leopards were going through into some sort of Seventh Heaven that has seen the club rise up to seventh in the league in the recent past, only slowed down by the lack of s stadium to play against Gor last weekend.
The 70th El Clasico in the league couldn’t have come at a better time with Gor seeking redemption whilst Leopards are not going to thank Gor, but will be seeking revenge for that Turning Point moment.
Ingwe Fan and http://www.ingwefans.com/ will keep you posted on how this script turns out.
Posted by Ingwe Fan at 5:53 PM